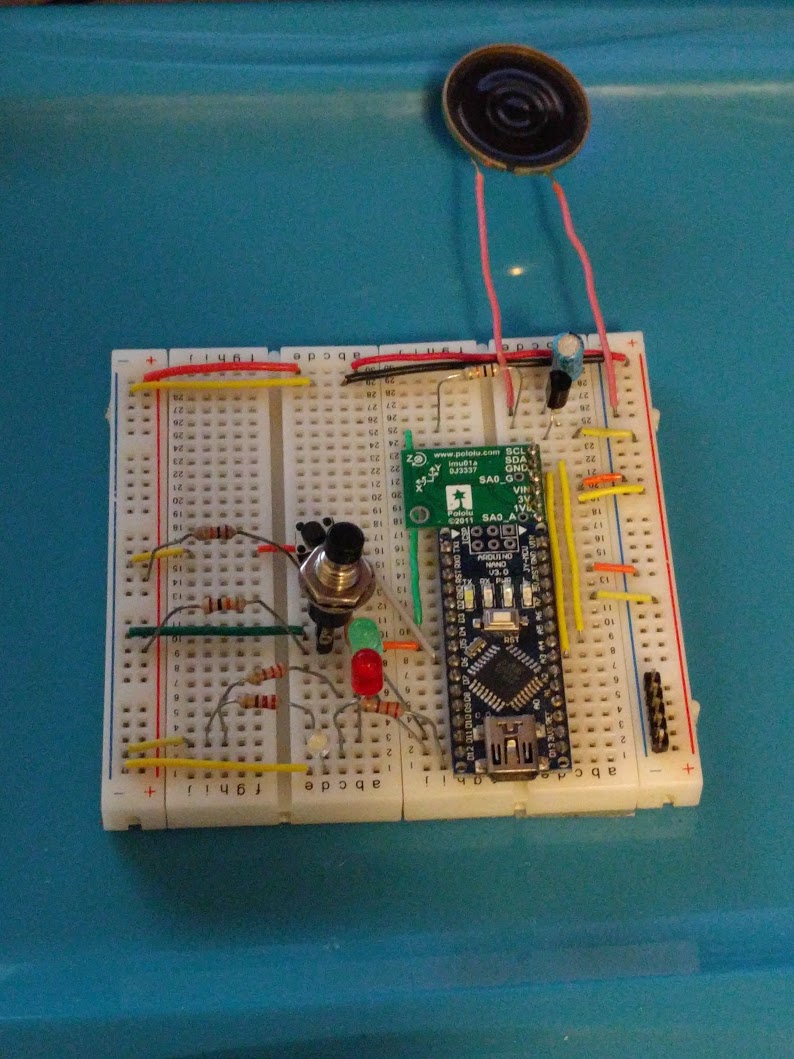 I wanted to build a “laser gun” module to install in a Nerf blaster shell. The module would connect to the trigger to fire, and have motion/gesture sensing for additional functionality (such as reloading).

These are the pieces which actually make up the functionality.

This is the stuff to support the above parts. Change as needed. 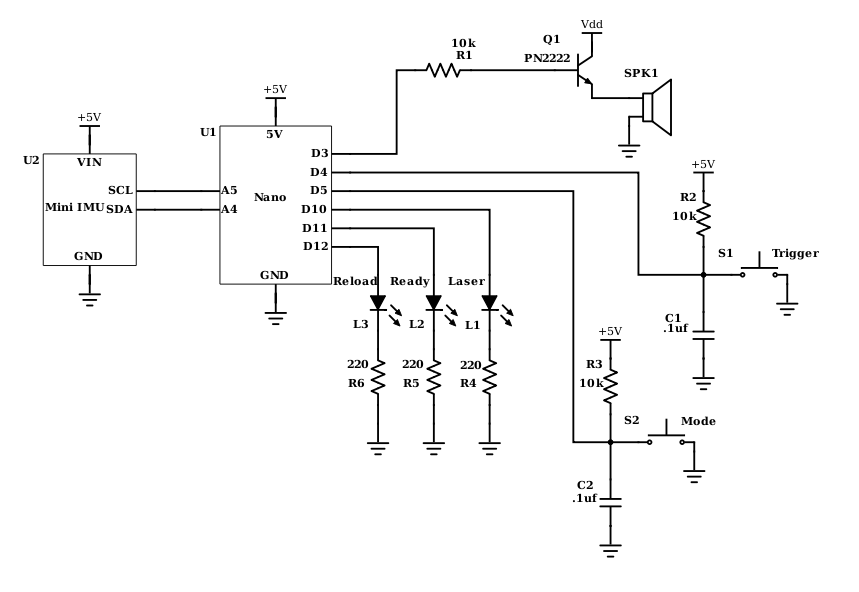 The software I used is the latest version of the Arduino IDE for Linux, VSCode, and the libraries for the Pololu Mini IMU.

To use VSCode, you must check the External editor option in the Arduino IDE preferences.

I started by running the library examples for the accelerometer/magnetometer and gyro chips on the IMU. From there, and extracted the necessary pieces to start building my own functionality.

Some of the basic code for accelerometer and gyro access:

Some basic steps from here to the full program included adding the simple firing code, with a global ammo count; adding a state machine-like logic which allows the program to be in READY, NEED_RELOAD, RELOADING, and other states; adding helper functions to handle sound effects; and setting up a non-blocking pause.

After a short startup, the module plays tone, then moves to the READY state.

Once out of ammo, the module switches to NEED_RELOAD. From here, you can still change modes, but attempting to fire simply makes and out of ammo sound. To reload, you rotate in the positive direction along the Y axis to 90deg (from vertical). Once there the module goes into RELOADING.

In RELOADING, the modules makes a short two beep reloading sound, then starts ticking up the ammo count. You can interrupt the reload by rotating the module away from 90deg to the side. The ammo count will continue to rise until either MAX_AMMO is achieved, or the reload is interrupted. Once either of these happens, the module returns to READY state (or NEED_RELOAD if interrupted before any ammo is added).